Remember, remember the fifth of November … not that anyone really remembers. In the Big City it’s simply fireworks night, an excuse for big bangs. Our (old) suburb must have been exploding.

Thank goodness, we were here, settling into our new home in Henley. I was wakened at 4am by the local rooster. At first, I thought he’d missed his calling – up until now he’s been the 3am cock. The Man assured me I had slept through his first clarion cry.

He certainly cock-a-doodled for the dawn chorus, a daily “cockophany”, joined by bird calls, honking geese and an occasional donkey. On the patio with coffee in the cool of the morning, I let the latest political claptrap slip from my lap while I watched the birds wheel in and out of the trees.

From a distance, the bird chorus sounded like a soccer crowd, in the other direction the highway swish could be mistaken for the sea. I’ll buy into one fantasy, but not the other.

Close up the R59 is anything but a fantasy. I have braved it several times now and identified two nervous tremors; trucks rated at 80 that try to pass each other, and massive 4x4s that fly at 160 and above. When one zooms up behind you while two trucks are passing, life gets interesting.

Hopefully I won’t have to venture back to the maddening crowd too often. 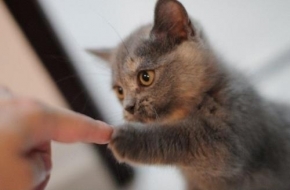 At this point it’s been less than a week and we are still piled with boxes. We moved with too much stuff (not sure what would fit), but it led to meeting Mareli from Balls an’ All. Why does she do what she does, organising medical care for animals when their owners cannot afford it? “Who else is going to do it!” she answered. Glad we could contribute.

Meanwhile we’ve been heaving furniture, hanging curtains, unpacking boxes and climbing into the roof (I held the ladder). So far, everything’s coming up roses. By the way, I see Little Austria Nursery has a special on Iceberg roses. It seems to be a very Henley thing, I’ve never seen so many Iceberg roses in my life. I’ll have to stock up. I need catnip anyway.

We kept our cats housebound at first in case they had an urgent desire to trek back home (as if they could be so stupid!). They spent their time with their noses glued to the windows watching bird TV. The kitty-proof fence is still on its way.

The dogs have been exploring their greatly expanded yard, complete with interesting smells, some emanating from intriguing earth hillocks. In the cool of the morning we took them out for a stroll around the block, while Junior, home for the weekend, took her first long bike ride ever. We never dared let her do it in the city.

We discovered Henley has long blocks, lots and lots of dogs and unexpected locals, a startled hare, racy with long ears, a placid black bunny who only deigned to blink and a young rabbit loping down the street for the love of it.

So much more to discover. I must visit the library. I hear, too, that I need to find a tractor tube, jump off the bridge and float down the Klip River, which sounds awesome.

You (we?) Henleyites have it so good.

H0K Dec 12, 2017 Jennifer's Blog Comments Off on Cock-a-doodle doo at 3am
What on Earth is that tree? NEWER ENTRIES
OLDER ENTRIES Henley – the first few days