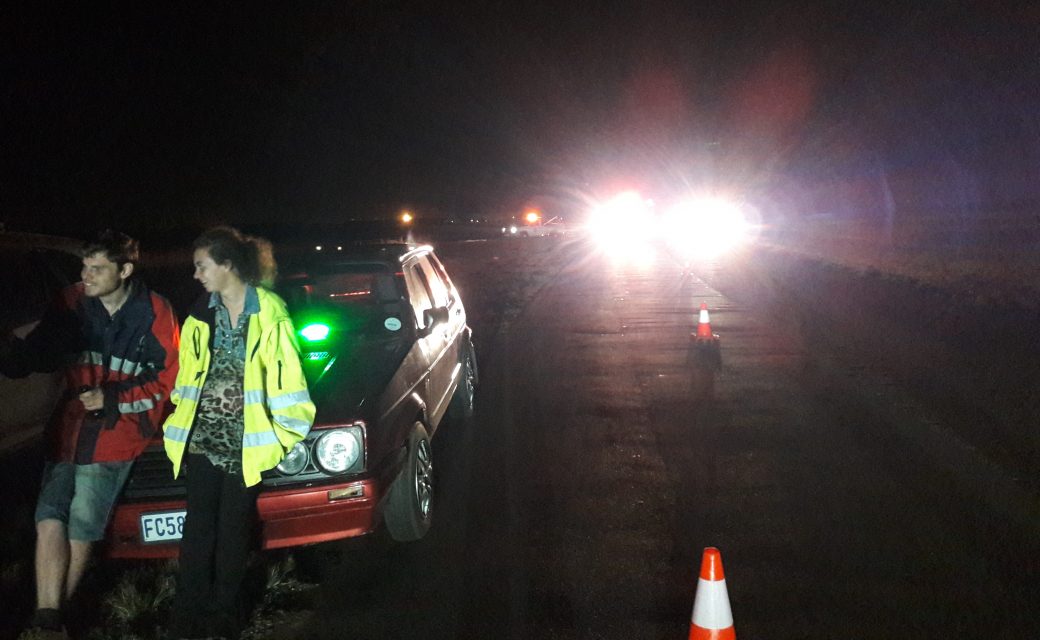 Without the CPF the traffic would have been backed up to Saloojees!

The Man had just taken his boots off when the call came in on Telegram – a bad accident outside Serendipity Farm and a traffic snarl in both directions.

Did Mike Charlie (Meyerton Control) know about it? He radioed. Negative.

I grabbed shoes and a jacket. He shoved his feet into his boots. We hit the road.

The fire truck and ambulance had already arrived. The Man took control of the traffic while I scouted the scene. One badly smashed red car with airbag deployed, one bakkie gouged from front to back so badly a wheel had been ripped off, household goods, car parts and glass all over the road, a shocked family with a terrified child. The driver was being loaded into the ambulance, thankfully with no more than a cut forehead and no doubt a headache.

A school bus of children was held up on the side of the road, all talking excitedly. No, they weren’t involved, the driver said, he had slowed in time to avoid it, but they saw it all. He was waiting for Traffic and SAPS so he could give a statement. He was clear about the cause, which made me feel even more for the family whose worldly possessions were strewn across the road, from fridge and mattress to the toothpaste tube.

I was given the go ahead to use one side of the road and efficiently the CPF took over traffic control. Hotel 11 took the far side, while Hotel 143 stopped traffic on the Henley side. Stop and go, go and stop, one car only and, for heaven’s sake, slow DOWN!

Huge trucks rumbled past, family cars, laden bakkies, the odd motorbike. Without the CPF and their radios the traffic would have been backed up to Saloojees! Meanwhile other CPF members were following up, liaising, tending aches and sprains, while fending off family demands and commitments. Braais were delayed that public holiday evening.

Finally, the school bus was allowed to depart, the flatbed tow truck arrived, blue lights appeared, and SAPS took statements and measurements. Sweeping sounds followed as the firemen cleaned glass and detritus from the road. The fire truck moved off, the road was declared open and the nightly CPF radio checks commenced, half an hour late.

Not too bad, was the verdict from the veteran volunteers of the green lights. No body parts on the road, no pouring rain and icy winds. Still, there were better ways to spend a public holiday evening and thankfully, they departed to do just that.

We headed home, spotting a strange light on the way. Oh no, not another one! It was simply a pedestrian swinging a torch in the dark, dark night. Phew!