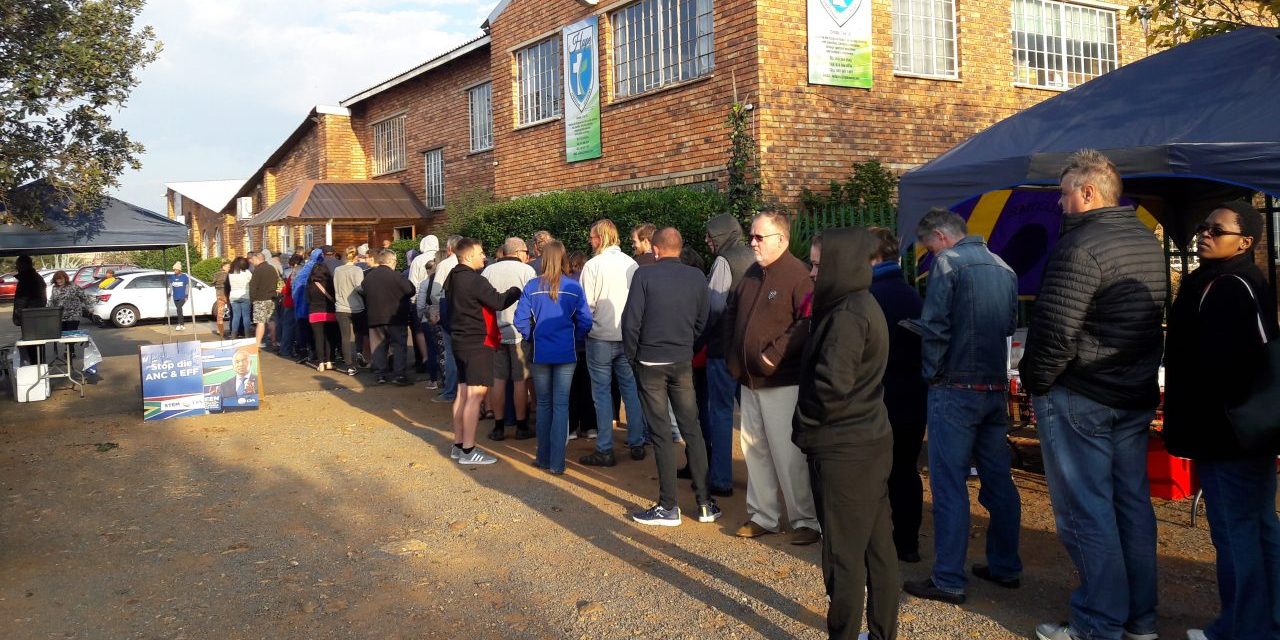 I was keen to see what Voting Day was like in Henley on Klip.

Needless to say, I’ve seen many others, mostly in the inner suburbs of Johannesburg where queues snaked their way up the park or went right around the block.

There was also the never-to-be-forgotten occasion in the Old South Africa when we went to vote in rural Magaliesberg. The Man and I, newly weds at that stage, went from tent to tent, table to table, sampling all the home-baked goodies on offer. We decided the Conservative Party made the best koeksisters!

So far, Henley wins. A cheerful, organised crew and a short queue, no worse than some I’ve seen for the post office (in Joburg, that is). I’m sure nobody had to wait more than half an hour at the very most. (I’ve done six hours, but that time we started late, very late. No explanations given, although many demanded).

Anyone who did get a little cold or wet could breathe in the definitive Henley smell of sizzling boerewors. The Community Policing Forum (CPF) were there early to grab a good stand for their tables and portable braais and did bumper business. Everyone wanted a boerie for breakfast or lunch on the trot, including a few stray dogs.

The Lions catered for the drinks, cannily setting up where the queue had to pass the coffee stand. They might have done better if the weather had been hotter (and the queues longer), but they didn’t seem to be complaining. I can remember when I would have killed for a bottle of water.

The DA (Democratic Alliance) had planted their pavilion in the best spot, but they were there early to secure it. The ANC (African National Congress) were pushed down the queue, represented at first only by a woman in a bright headscarf, but later a flag arrived to cheer them on. The EFF (Economic Freedom Fighters) didn’t seem very happy with their position. They packed up and moved their table at least three times while I was there, hurriedly disappeared when it started to rain and returned with a gazebo.

Otherwise Henley turned out in style and the IEC (Electoral Commission of South Africa) workers I saw were only too ready to help with the aged and infirm. The biggest problem was that many had to cross St David’s Road, which was constantly streaming with cars, but the SAPS (South African Police Service) and CPF made sure there were no bumper bashes or worse.Quiet, organised, well-managed, bland, not terribly exciting … do we need excitement? No. I’ve had quite enough. Henley style is fine by me.