Touching the past at Henley’s museum 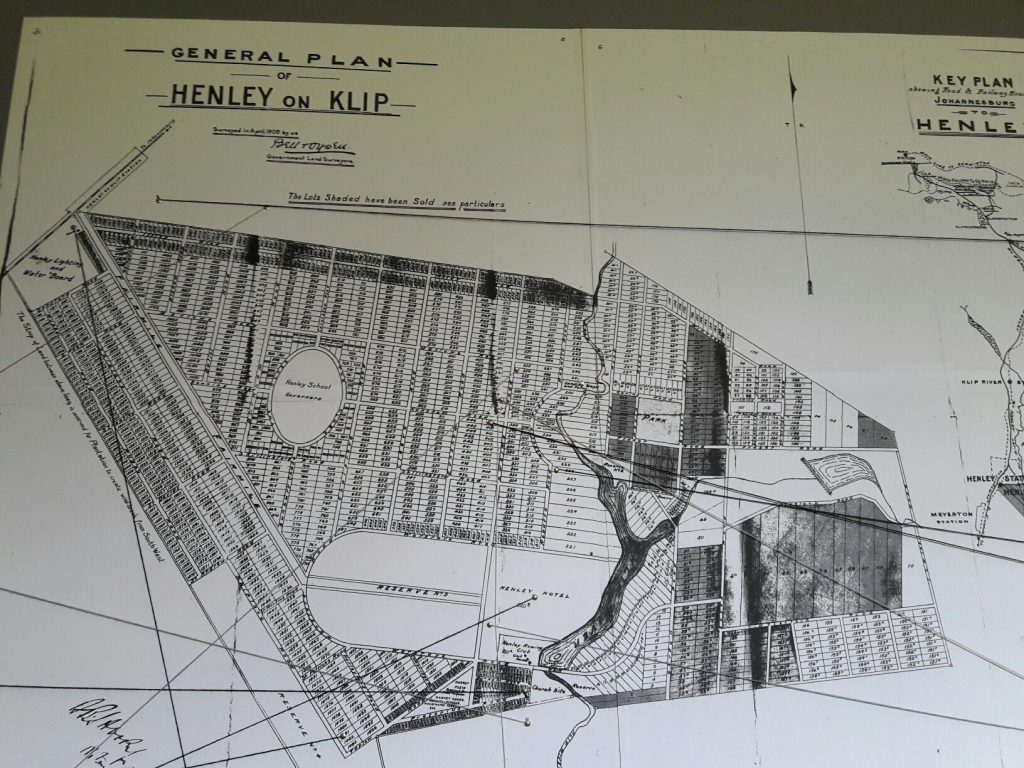 It’s a salutary sign of age when you visit a museum and spot items on display that could have come from your grandmother’s kitchen.

In the little museum next to the Henley on Klip Library I saw one of those mincers that looks like a tuba with a handle. Once upon a time, my brother and I took turns to swing it and watch the mince twine out like a sausage. I took my first stitches on Granny’s old Singer sewing machine, twin to the one on display. Even the cracked pattern on the dinner plates looked familiar.

Her kitchen was in Natal, but of course location doesn’t matter; it’s the era –1860s and on – when women followed their men into the veld in long skirts and petticoats, with long sleeves and big hats. How they coped with the heat I shall never know.

I have always been fascinated by histories of pioneer days, perhaps because I grew up in Grahamstown in the Eastern Cape – 1820 Settler country. I used to look around the arid landscape scattered with ant hills and thorn trees and wonder how they managed, particularly the women, when they were dumped there with their baggage and told to take root or die.

Fertile Henley with its green grasslands and river must have been considerably more gracious and inviting when it was founded in 1904.

For me, the most interesting part of the museum was the town plan on the wall dated 1905 – Henley mapped out for future generations. They weren’t shy. Did they really expect an influx of settlers to fill all those stands? A hundred years later and many are still vacant. I see The Oval was meant for education and a market place was planned where The Hound now stands. There was also a municipal office, a hotel and, very important, a rowing club. Priorities, people!

We discovered the other landmark by accident while walking the dogs on the outskirts of the village – the Muslim cemetery, resting place for what must be generations of Saloojees. Another story …

I planned to read up on Henley’s history in The River Runs Through It by Koos van Eck, but, alas, the library has marked it with a big red sticker – Reference – and I wasn’t allowed to take it home. I’ll have to find the time to settle in a seat and read it on site. I gather I must also visit Fraser Park and its circle of trees planted to commemorate the first families. Getting there, on the agenda …

Books. I’m a sucker for books. When we arrived here one of my first ports of call was the library. I wasn’t allowed to join until I could prove that we were residents and not just renters – which must cut down potential readers quite a lot. As the municipality closed for Christmas the paperwork took a while. It gave me time to prowl the shelves, recognising many old favourites, some new and enticing and a distressing number of series with holes in them. I hate series with holes in them, particularly if it’s the last volume that’s missing. I gather my new library card will also open doors in Meyerton and De Deur.

Meanwhile, there is no lack of second-hand books in the vicinity. The Balls an’ All book sale at The Hound last weekend almost put the library to shame. I haven’t seen a collection like that in years – good copies too, selling at R10 per book. In the Big City you would pay R30 to R50 at mall sales.

I understand the Lions are offering tea and cake at their book sale at O’Connor Hall on Saturday. I’ll have to check that one too. Apparently, they have a different range and a different market. I have also discovered the Serendipity book stall at The Red Windmill (one of the markets, three at the last count) in Walkerville.

Serendipity, also a country lodge and a farm stall, is obviously a popular name around here, although not in common usage (I hadn’t heard it for years). It means “the development of events by chance in a happy or beneficial way”.

I can live with that.

H0K Jan 31, 2018 Jennifer's Blog Comments Off on Touching the past at Henley’s museum
Gardening with weeds and ‘blomme’ NEWER ENTRIES
OLDER ENTRIES A friendly wave and a helping hand