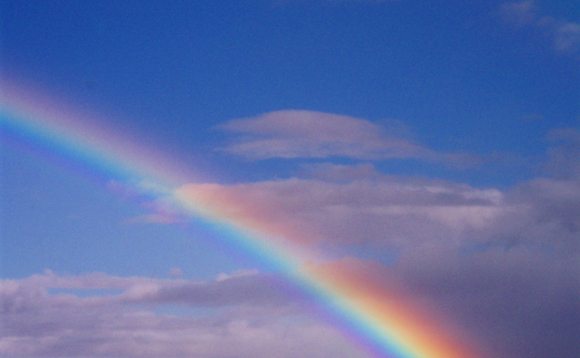 “Hey,” said the Man, rearranging the key shelf, “did you know your driver’s licence is about to expire?”

“No!” I yelped. Horrors. I still remember the agony of the last renewal at Marlboro in Johannesburg. The queues were long, everything was “broooken,” I didn’t have a copy of my ID and the nearest was out of the testing ground, around the corner, to a battered beach umbrella on an empty plot where a couple of entrepreneurs lovingly tended a photocopier powered by a cable through the wall.

Now, here we are in Henley on Klip. Where to go? The Internet wasn’t very helpful. Meyerton Licence Centre falls under Sedibeng. Right. It does renewals, good. When does it open? No idea, but it closes at 3pm and it’s open on Saturday. How much? No idea.

Do I need an ID picture? I didn’t in Johannesburg. Requirements differ from centre to centre, said the Internet helpfully. Have a copy of your ID and don’t forget a Fica. Everything today needs a Fica.

How much? Again, it seemed to vary. R270 in Pretoria, R228 in Johannesburg, nothing definite for Meyerton.

Where is it? Johan le Roux – heard of that. Isn’t that one of the R59 offramps that is always closed? Arrie Norval, a side-street behind Johan le Roux. So, past Golf Park, into Pierneef, keep going past Loch, sign to municipality takes you into Johan le Roux, turn left and left again and you’ll see it. Unmistakable.

There was a queue out of the door. Nobody seemed to be quite sure what they were queuing for. I braved the angry looks and went in to be greeted politely and handed a form.

Oops, this time I did need a picture. “There’s a caravan outside,” I was advised. There was also a caravan selling burgers, pies, sweets and cooldrinks. Meyerton is organised. I nipped in and out of the caravan. I kept blinking which annoyed the laid-back, cash-only cameraman, but I emerged with four reasonable pictures for R60. I could have got six for R50 in town, but convenience is everything. I only needed one, anyway.

With my form, copies of ID card, driver’s licence and proof of address neatly processed and stamped, I was told to join the queue for eye tests. It ran out of the door. In an hour, four managed to get into the building. On the window was an undated notice in the most interesting English I’ve ever seen, saying new eye test machines were on order, please be patient. A second, dated 2016, said only two of the new eye test machines were working, please be patient. When I got my foot in the door, another notice said the new machines were working, but were very, very slow, please be patient. I discovered that the 24 people in the waiting room chairs were the front runners of my queue. Do the maths, at least 30 people ahead of me at around four per hour. I left.

The next morning, I reported at 8am – there was a sign giving the times – 8am to 3pm, but 8am to noon on Thursday and Saturday. I was number three. We were informed politely that due to congestion on the R59, some of the staff were late for work, please be patient. Finally, six of us were counted off and stationed outside a room containing two test machines. I took my turn. I failed, twice. I simply couldn’t see that “E” I was told to manipulate.

Noting my look of panic, the tester told me to nip down the road to the optometrist. “It’s next to Checkers,” I was informed in chorus. “Don’t queue,” the tester said kindly. “Come back to me.”

Across Johan le Roux and straight down the road, Checkers on my left, and there it was. I handed over R20 and within 10 minutes emerged with a stamped purple paper. Easy peasy. No E’s. I beetled back to the kind, helpful tester who took me straightaway for fingerprints – all the fingers, no chances taken – and signature. Portfolio complete, I queued to pay, only to be sent to the supervisor. Huh? Something about fingerprints… he was at his desk, he signed something and back I went to hand over R228.

My licence expires in four days. A new licence will be issued in four to six weeks. Do I need a temporary for R72? No. My old one is valid for three months after expiry, but I must have the card and the receipt to show at a road block. No problem.

Off I went – with a sigh of relief – to wait for the SMS to tell me to come and collect. There’s a separate queue for that at a separate door. The new driver’s licence will be valid for five years.

Elapsed time: One hour on day 1, two hours on day 2, including a spin to the optometrist. Not bad.