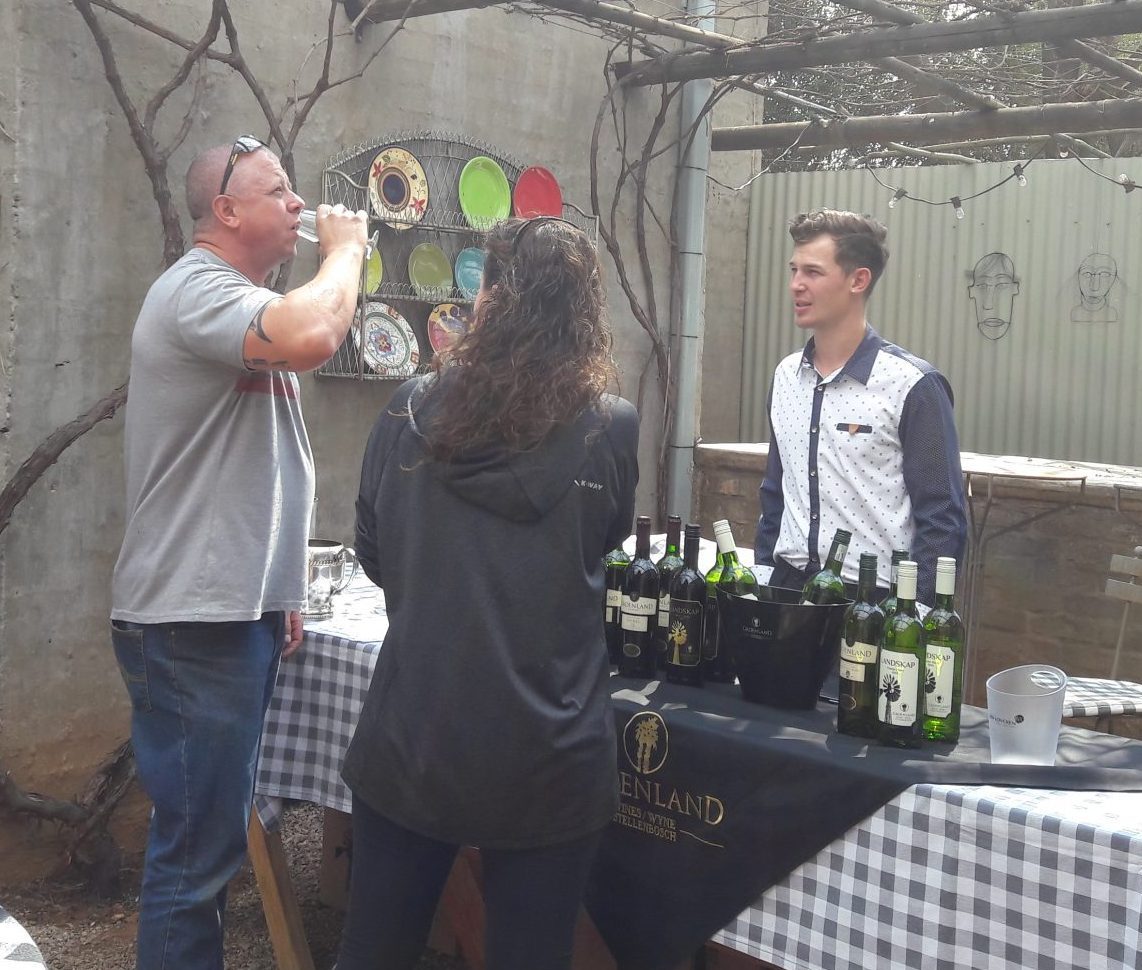 Henleyites seem to have had fun at the Henley WAM, the first Henley Wine, Art and Music Festival, this weekend.

Nobody was quite sure what to expect, least of all organiser Robert Hewer. Earlier in the week I encountered him looking worried and harassed … “If it is a fizzle, at least I tried,” he said.

On Sunday morning he was a much happier man. “Look at the turn-out,” he drew my attention to the shiny, glossy veteran cars and their proud owners lining up at Fraser Park for the Classic and Vintage car exhibition. I lost count – it could have been as many as 50.

I asked about the turn-out for Saturday’s WAM Celebration Concert, which I knew had been a particular concern. “I met my goal,” he said simply. It was a cheerful gathering of more than 300, probably mostly Henleyites, to hear members of the Pretoria Symphony Orchestra, a variety of soloists and the rousing marimba band and choir from the Oprah Winfrey Leadership Academy for Girls.

The orchestra itself didn’t feature as much as I would have liked, but there was some fine opera and a variety of pop songs from Don’t Cry for Me, Argentina to Abba’s Dancing Queen, which had our councillor, Lynda Parsonson, dancing in the aisle.

The was a cheerful buzz around the snacks, drinks and wine provided, a fitting end to a day of touring the wine farms. From the Info Centre at the Annette Cloete Estate Agency groups of eager wine-lovers were sent off with maps and wineglasses to visit the various venues taking part, with from one to five wine farms represented at each.

I didn’t get to all of them, but Kliphouse was civilised and elegant, with art and craft, fashion and jewellery on display in the beautiful old house – my first visit so I was duly impressed. In the garden under umbrellas, folk were greeting friends and tucking into brioche, smoked salmon and Country Kitchen’s quiche. Here wine was being tasted with enthusiasm.

At Ducks Country House the theatre had been turned into an art gallery, while the Rotarians supplied bruschetta and other tasty treats to complement the wine offerings. All the venues exhibited art and craft of a high standard, so you could browse while you sipped. The Hound was busy with a full house for late dinner after the concert and I was told the other restaurants were also well booked.

On the Sunday, wine-tasting continued at Montagues, The Makery and The Merchant Hotel. There seemed to be some confusion about the Cansa Walk at Fraser Park. Some were expecting 5km and 10km walks to be laid out, but after we handed in our brass coin collection, we were told to stroll around the park and admire the cars, which we duly did.

The final venue was Bass Lake, which was definitely on my list as I’ve wanted to visit since we first arrived here nine months ago. We came once about seven years ago and had a toasted sandwich at the eatery. It is now a sheltered coffee bar and pub, which was needed as the strong wind blew the water into wavelets.

There were a number of Henleyites taking refuge with the wine bottles and enjoying the chance to visit this peaceful spot, a scuba-diving mecca, with its deep, clear water and colourful, banded cliffs. I remember a small restaurant and a tented camp where you could commune with nature on the other side of the lake, but there are only ruins there now. At the entrance there is a derelict swimming pool, which must have been popular in its day, and a large hall, also looking neglected, which could be useful for many different functions and events in Henley on Klip.

Many Henleyites encountered over the last months had never heard of Bass Lake, others started their sentences with “It’s a pity”. It’s a pity the gate entrance is so high – R150 per person – we would have brought guests to breakfast by the water if it had been more accessible.

So, has WAM been good for Henley? It certainly meant a lot of hard work for the committee, extra duties for the Lions and Rotarians who monitored the venues and no doubt a few sleepless nights for the organisers.

The artists, crafters and exhibitors I spoke to – by no means all – had made sales and were enthusiastic. A good thing for Henley, was the overall message, and they would come back, but there had been problems with times, bookings and other organisational factors. I noted WAM committee members taking notes, so no doubt they will be addressed. The takings will go to the Lions and Rotarians to be used in their community projects.

Roll on the Henley Wine, Art and Music Festival 2019.

H0K Aug 28, 2018 Jennifer's Blog Comments Off on WAM 2018 voted good for Henley on Klip
Making Henley Grate Again NEWER ENTRIES
OLDER ENTRIES We track down the memorial and the Windmill